As executive recruiters, we often get asked about executive compensation.

So often—after we finish up a search—we aggregate the compensation data we’ve collected across the search, and share it back with the innovation community. In this case, we recently finished a VP Sales  search for a profitable SaaS software client located here in the Northeast  in November, 2011.

Here is the snapshot of compensation highlights from our search— 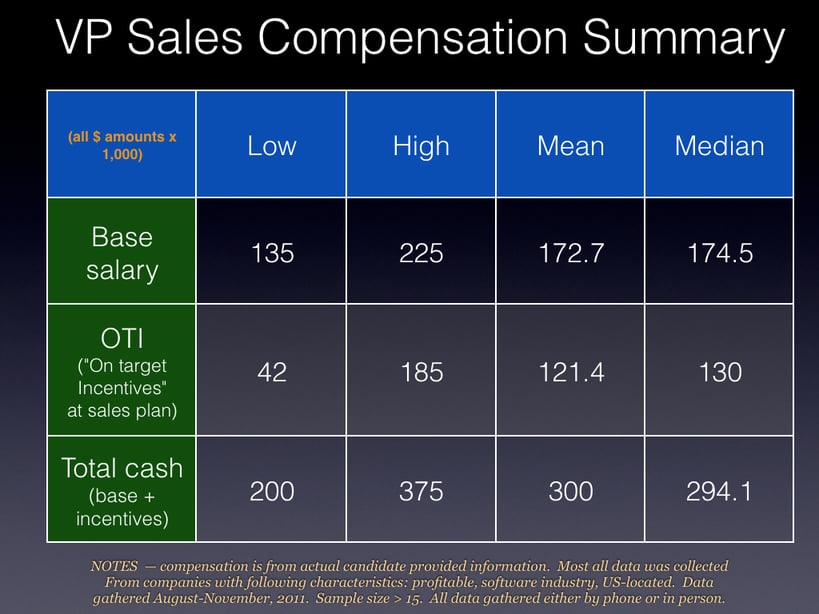 The footnote at the bottom of the image above articulates the following criteria for the majority of companies in this data set:

There are many variables to consider that influence where to pinpoint one’s own compensation vis-a-vis the above: