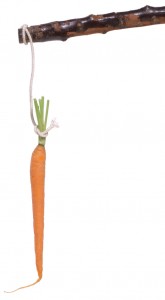 This report is similarly focuses on West Coast and East Coast differences in executive compensation, however this time looking at the VP level across the functional organizational structure.  For purposes of this report, only companies who broadly fit the definition of "information technology" were used in the analysis, not including biotech, medical device/medical technology, or cleantech.

The titles looked at include the following--

Note that below we've only included the analysis of the executive compensation data, in other words the deltas. If you'd like more detail and the information on which we based the analysis, please email damador@bsgtv.com with your name, title, company and business email address, and we can provide you with the baseline full report.

Do keep in mind that this is only one set of data. To draw the best comparables, it's important to do all three data-grabs listed above. Also, this is a "blended" sample set of multiple venture-backed industry sub-sectors in the information technology category. Some industry sub-segments may pay more or less than others with further parsing.

Cash compensation is almost always higher in later stage companies, and this is reflected in all 3 quartiles of data analyzed.  For West Coast venture-backed companies, the differences are $15,000 to $50,000 in most roles, with an average different of about $25,000.  The only exception is for the VP Sales/Sales Marketing role, where cash was significantly higher in later stage companies for these roles, ranging between $75,000 to more than $125,000 in the top quartile companies.

Conversely, equity is almost always higher in early-stage companies to offset the lower salaries referred to above.  For these West Coast companies, regardless of quartile, earlier-stage companies received on average ¼% to ½% more equity, with the biggest jump in VP Sales/Marketing, and lowest in the VP Engineering function. 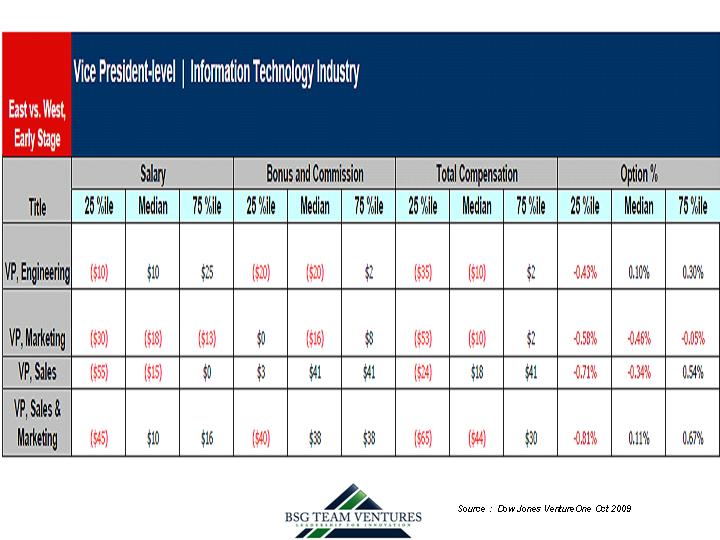 Cash compensation, East versus West, shows that West Coast executives of early-stage companies more often than not earn more in base .  West Coast Engineering is $10,000-20,000 more in base, VP Marketing is up West over East by $10,000 to $50,000. VP Sales/Sales & Marketing is actually the one notably lower cash category where East Coasters are better off than West in the higher quartiles (but not the lowest).  As noted above, West Coast early-stage executives are compensated more favorably when it comes to equity than their East Coast brethren virtually across the board. 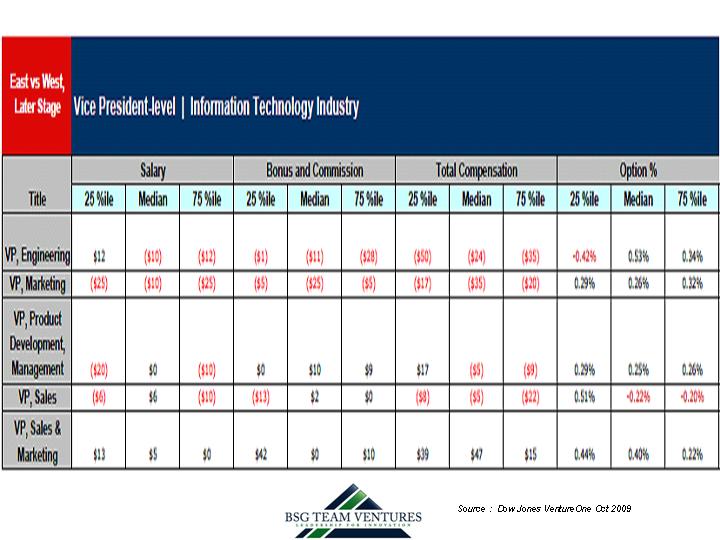