The "shelf life" for executive candidates is getting shorter 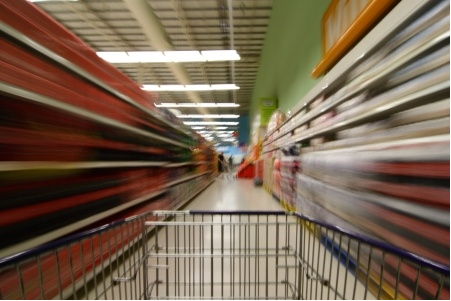 In common parlance, “shelf life” refers to the length of time one may stock perishables on a shelf in a grocery store or supermarket. However, the term is a very valuable concept in a different market – the executive talent market.

Stay with us while we set up the framework for the analogy.

In the United States, the Great Financial Crisis of 2007-2008 and the sub-optimal recovery -- which, for some industries, stretched into 2012 -- had a bearish effect across all sectors, especially that of retained search and executive talent recruitment. During this half-decade of doubt, employers developed a keen since of caution and exercised great deliberation when hiring new executives. What would happen if there were a “double-dip”—that is a second recession scenario? What would happen if the 0% interest rate enacted by the Federal Reserve failed to grow the economy, as government agencies had hoped? In this time of uncertainty, when companies looked to replace or add a new executive, they waited until the last possible minute to greenlight their recruitment teams, and their recruitment teams guardedly interviewed as many candidates as they could.

This was a buyer’s market: companies recruiting talent were in strong positions because the supply of executive talent outstripped demand, and candidates remained “on the market” for 6 months or more.

There were only hints of change in 2013, but as we begin to enter the last quarter of 2014, it is clear the market has shifted in favor of the sellers – that is, those who are interested in parlaying their talent for a better paycheck -- and the "shelf life" of an executive candidate can be much shorter.

While the individual pieces of evidence we shall give are anecdotal, please note that these examples are drawn from data collected across an aggregate of retained executive search firms that created the Partners Search Alliance in 2006. The mission of PSA is to help all member search firms by sharing best practices and market conditions, and referring clients to the best search solution within the alliance.

The Company waited to bring in for face-to-face interviews with the CEO and the Board of Directors two short-listed candidates. For one candidate, the Company executed a series of three separate phone calls to interview over a week or more. For the second candidate, the Company decided to introduce a “phone screen” step before the final interviews. In both cases, the candidates called the day they were scheduled to fly in to let the Company know that they had accepted other offers and would be cancelling the interviews. One of the candidates had profitably used The Company’s upcoming interview as a “stalking horse” to accelerate the offer negotiation process of a competing company; their position of strength enabled them to successfully press the competing company to work through the weekend on employment terms.

The Company was at risk of losing a candidate to a competing company that was moving through the process very quickly. The search firm convinced the Company to make an offer contingent on references and background checks, and the Company successfully hired the candidate.

The candidate declined an extremely competitive offer, indicating that it was not enough to motivate him to make a change.

A boutique search firm assisting The Company learned that the candidate was also being courted by a much larger and better-financed competing company. In order to clear potential counter offer obstacles, the search firm stressed in discussion the breadth and depth of responsibilities and the stretch factor for the candidate, indicating as well the approximate compensation constraints and the inability to directly compete in a counter offer scenario. The candidate accepted the offer from the search firm.

The Twin Cities is a very competitive market for this particular industry sector and this particular position. The candidate was, at the time, working as a consultant for a company in the capacity of sales operations management. The client Company was aware that moving fast was critical: the candidate had indicated that her current consulting assignment was interested in bringing her on staff full-time, assuming they could approve the budget and the position. Due to travel delays, the client Company took over 45 days to schedule just “one more interview” after the initial interview. In the meantime, the candidate received an offer from her consulting assignment and ultimately it.

There is a saying in the investment banking industry that applies to the very short shelf-life of executive talent in today’s market: “Time kills all deals.”