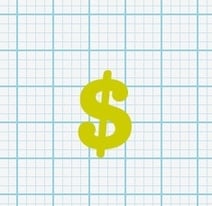 As executive recruiters, we often get asked how executive compensation compares between the two venture capital hot spots in the US —  Boston vs. San Francisco.  Yes, these areas are larger than their cities, so the Boston area is inclusive of Massachusetts, Southern New Hampshire, and often Rhode Island and Northern Connecticut.   San Francisco is even more complicated, with East Bay, Silicon Valley/the peninsula area, San Jose, and Mill Valley/Marin County covering a huge geographic spread.

So, often after we finish up a search, we aggregate the compensation data we've collected across the search, and share it back with the innovation community.  In this case, we just finished a medical devices CEO search out in the Bay area in September, 2011.

Here is the snapshot of compensation from our survey—

The footnote at the bottom of the image above articulates the following criteria for the majority of  companies in this data set:

There are many variables to consider that influence where to pinpoint one's own compensation vis-a-vis the above: