Although only preliminary, below are the early returns on the February 2009 growth-stage CEO survey for technology & science-driven companies.  The majority of the CEOs surveyed are from venture capital-backed or institutionally funded companies.   The theme remained the economy for the February survey.  The first question was around what the prevailing sentiments were for a recovery.  Unfortunately, although perhaps not unexpectedly, less than 25% of CEOs surveyed expect the economy to improve before Q4 2009, and more than half the CEOs don't expect the economy to shows significant signs of recovery until 2010. 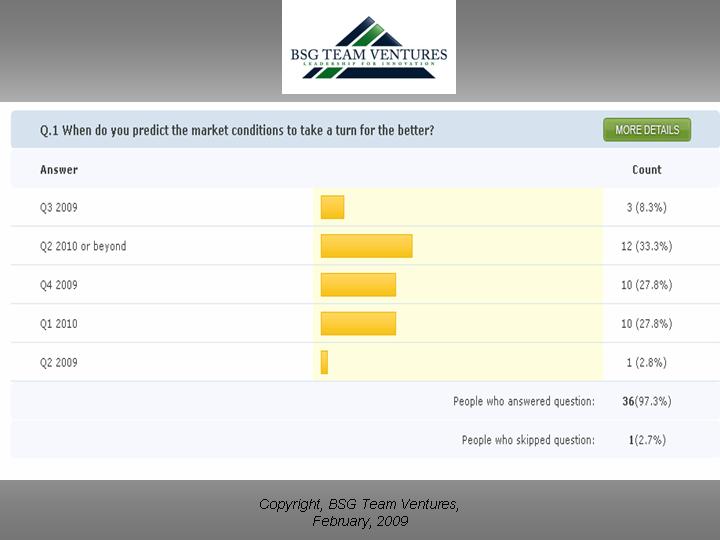 When CEOs were asked whether they were still seriously considering cuts in Q2, 2009, more than 25% of the early respondents answered affirmatively. 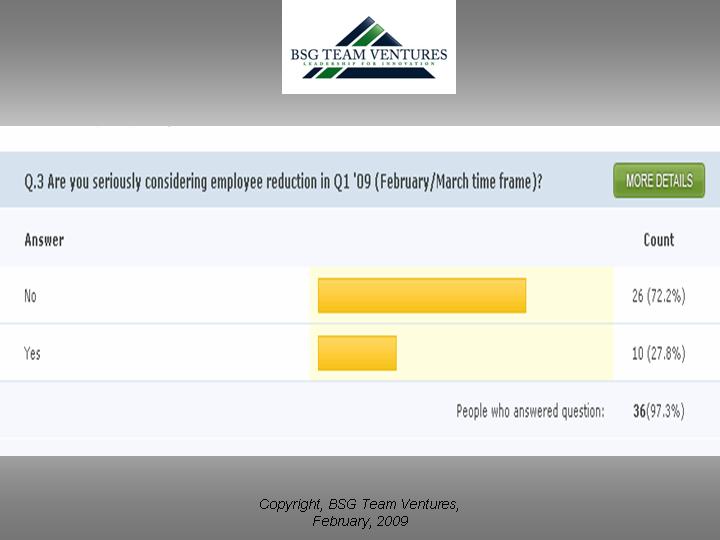 We will post the rest of the survey responses in the next 10 days or so, and will include updates in the interim.