Sound Seal is an independent company owned by members of its management team and its primary investor, Hamilton Robinson Capital Partners. Hamilton Robinson acquired Sound Seal with the strategic objective of evolving an already prosperous and profitable company into the market leader in noise control solutions. We are successfully working toward achieving this goal through both organic growth and acquisition. IAC Acoustics, a division of Sound Seal, will be a critical part of meeting this objective.

The promise of a quieter world. This is a business imperative across several vital sectors of our economy. The IAC Division plays a vital role within Sound Seal to deliver a host of highly engineered noise control solutions for its industrial and architectural customers. These customers seek noise control for a wide variety of applications ranging from high end acoustical products such as HVAC silencers, windows and doors for recording studios and practice rooms to engineered dynamometer rooms for engine testing applications.

IAC is the synthesis of two business ventures. Its genesis began with Sound Seal acquiring Industrial Noise Control led by Mark Rubino in October 2014, followed by an add- on acquisition of Industrial Acoustics Company based in Lincoln, NE in December 2015. Its assets were moved to North Aurora over the past year and the two entities are now merged into a single Division of Sound Seal called IAC Acoustics.

IAC Acoustics serves as the metal products entity of Sound Seal’s overall business. Its offerings are offered across the following applications:

Silencers and louvers for HVAC and air handling applications. 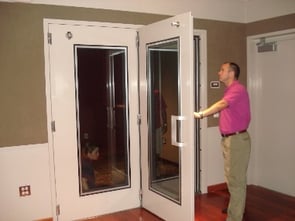 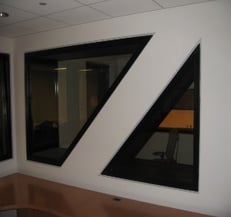 This opportunity to lead IAC Acoustics has come about because of the impending retirement of its President, Mark Rubino who was the previous owner of the original INC business. Much of Sound Seal’s future growth will be based on the IAC Acoustics’ offerings. This is an exciting opportunity to lead a rapidly growing business in an important market with tremendous potential for expansion.

A relevant undergraduate degree in business or engineering.

Joe Lupone, CEO, Sound Seal
A Michigan native, Joe graduated from Michigan State University with an engineering degree and completed his MBA at the University of Rochester. Joe began his career with Rockwell Automation and served as a Managing Director for its UK and Middle Eastern Operations. Since leaving Rockwell he has led several companies including Reflexite Display Optics, Intelicoat Technologies and Windsor Marketing Group. He joined Sound Seal in 2014 working with Hamilton Robinson Capital Partners in acquiring the business.

Dave Gilbert, General Manager, Sound Seal Agawam Operations
Dave has been with Sound Seal since 1995 having served as its Architectural Division Sales Manager prior to his promotion to the General Manager of Agawam in 2013.

Jennifer Chagnon, Director of Marketing, Sound Seal
A graduate of Westfield State University, Chagnon has over 15 years of experience in global product management, new product development and field sales and marketing at both the commercial and retail levels. Previously, Chagnon served as Director of Marketing at Coveris Advanced Coatings where she played a pivotal part in growing the company’s various product lines.

Over the course of the last quarter century, Hamilton Robinson has maintained its singular focus on this dynamic market to become a valued resource for equity capital for recapitalizations and buyouts of smaller middle-market businesses.

They have gained extensive experience through a series of economic cycles and hold true to their mission: identify well-run companies, provide management with needed capital and meaningful ownership in the business, offer guidance in order to improve operations and achieve new levels of earnings growth and enterprise development.