BSG Team Ventures is excited to be engaged on the CEO search for an emerging, venture- backed robotics company that develops and sells automation systems into an $8B+ market where tasks are currently executed entirely via manual labor. The first product is in beta and moving toward commercial launch September of this year.

The current co-founder & CEO has successfully taken the company from concept through design & beta launch.  He’s driving the search for his replacement as they enter their next stage of growth to maximize the company potential they’ve built up over the last 3+ years of research, development and customer learning.  He’ll step into the co-pilot role with the new CEO driving commercial adoption, sales expansion, and next generation product roadmap.

The company is looking for a strong sales, marketing & strategy savvy builder-leader to step in and take over the pilot role.

As CEO, we’re looking for the following 4 prior experiences as a builder-leader:

• Success in companies that integrate hardware, software, and electromechanics

• Strong grow-it/scale-it-stage experience, having grown companies or divisions from new product launch to $25M or more in revenues

• Prior track record of recruiting and motivating A-caliber teams 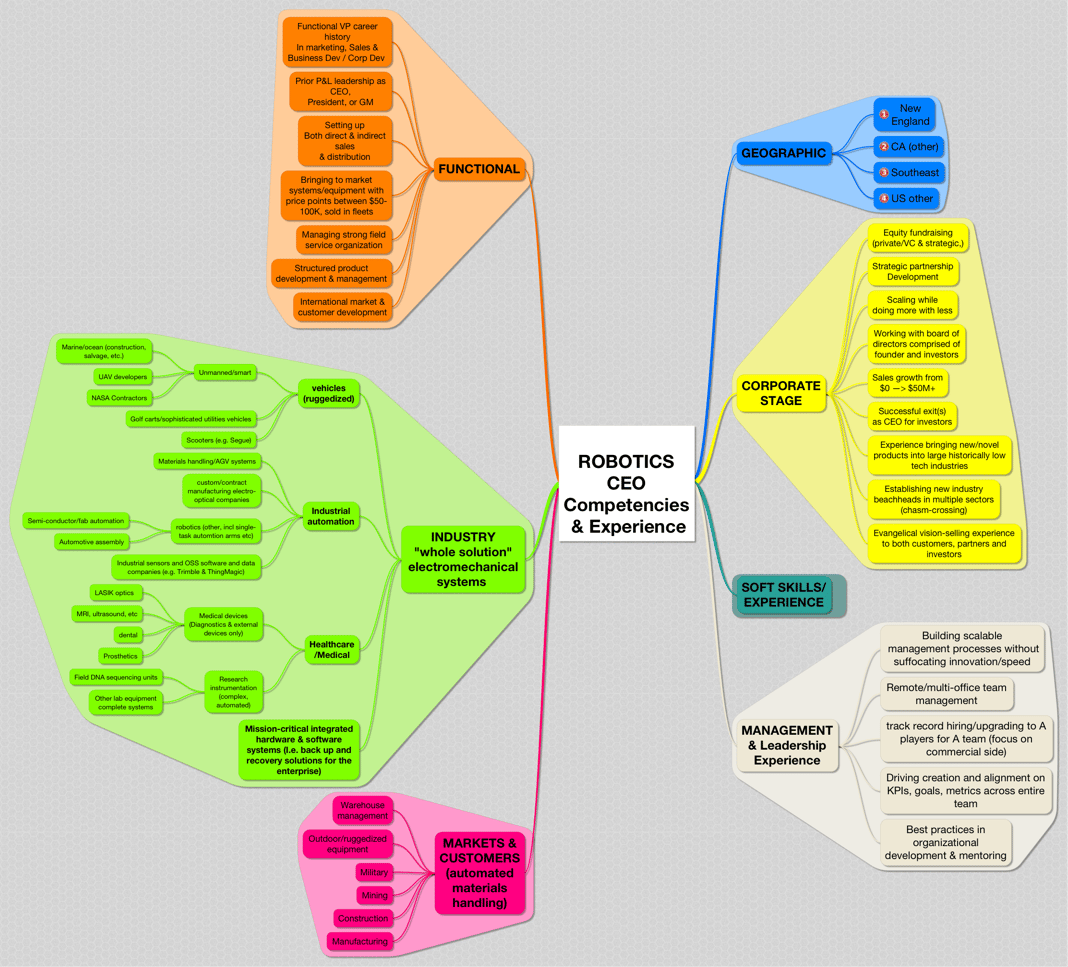