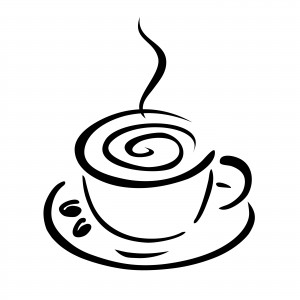 Planning for executive staff additions or replacements seems to be higher on CEOs' New Year's resolutions again in 2011. Just a year ago, in December 2009 and January 2010, CEOs broke out of their executive hiring deep-freeze and search activity showed unprecedented momentum.  CEOs had been holding their breath for all of 2009, witnessing Wall Street carnage, plummeting consumer spending, and massive macro-economic uncertainty.  Just as consumers in the 2010 Christmas season finally decided to spend more,  boards of directors and CEOs are counting on better economic conditions in 2011 and executive hiring is again back on the corporate shopping list (see recent growth-stage CEO survey, Q4 2010)

So, what to be aware of when looking at executive talent acquisition this year?

1) Candidate shelf-life is shorter than you think

Just as the warning on automobiles counsels that "objects in mirror are closer than they appear," a similar mantra exists for talented executives.  Recession is a great retention tool, and has allowed many CEOs to keep their executives with little fear of their departure.  However, today's market for executive talent is heating up.  We've read the articles about companies poaching Google talent, but this is not exclusively in Silicon Valley, or with the big tech behemoths.  Talented executives may be willing to consider a move, but they are savvier than ever, will look to try to identify several opportunities to evaluate in parallel, and pick the best perceived fit in a narrow time window.  Companies who in 2008 and 2009 had the luxury of interviewing twice as many candidates as normal due to temporary supply/demand imbalances no longer have that extra time on their side to interview more, or take longer to make decisions.  Candidate shelf-life is finite.  And the market window is shorter than we might think for any given talented executive.

Candidates may have a hard time giving notice in Q1 due to pending 2010 bonus payouts.   There are often 2 options—

a) The finalist candidate will accept the new company's offer, but won't give their notice until after bonus checks have been cut (sometimes coming as late as February or early March)

b) Finalist candidates will ask that their new companies include in the offer a signing bonus that helps to "keep them whole" on any bonuses they are walking away from.  This can quickly get expensive for the new employer, with numbers ranging from $50,000 or $100,000, to $.5M or more, depending upon the position, the compensation package, etc.

3) Relo has always been hard, but today's real estate values make it much harder

Many executives are upside down in their residential real estate.  Again, this creates a two option decision for the new employer—

a) Increase the boilerplate relocation package to include relief on any equity deficit the executive faces in selling in a down market.

b) Be more flexible on where the executive can live.  Yes, there is no question that a best practice is to have the executive live within an easy drive of corporate HQ.  However, with ubiquitous email access in trains, planes, and automobiles, there is an every growing body of evidence that "local" isn't the only choice for executive domicile.

4)  Equity is often no longer the great equalizer

When the public markets allowed IPOs more readily, and there was generally more liquidity for fast growth and mature companies alike, the tradition of 10-20% base salary increases  in moving from one company to another became subordinated to "how much stock/equity can I get?"  That popular refrain has been replaced by a much more pragmatic and balanced approach to executive compensation, where cash is again king.  Except in rare circumstances, executives want to have some of their incentive on a cash basis, balanced off with an equity upside. (for example of CEO Equity Compensation Calculator, see here)

5) Executives know now more than ever what their peers earn

Whether it be due to frequently published executive compensation surveys, unprecedented numbers of databases providing comparables earnings info, or newly imposed Sarbanes-Oxley disclosure rules on public company executive compensation, executives are much more sophisticated about what their worth on the open market may be.  They also share much more readily with their peer group.  Employers in 2011 should be cognizant of this when crafting a package, and care should be taken to engage the executive in what they feel their worth is, and the data/information they are using to establish that value. (for example, see here)

6) [bonus tip] International is more important than ever in '11

Yes, China and India may both represent great offshoring opportunity and new revenue markets, however talent from these markets are an equally or more important asset.  Just sending US citizens abroad as ex-pats doesn't cut it anymore.  Hiring foreign nationals with experiences in certain international target markets is key to breakout performance.  An Indian national with several years experience selling/managing in Asia is a wonderful combination of skills and experience critical in driving companies through the next level of global growth (for more, see here)